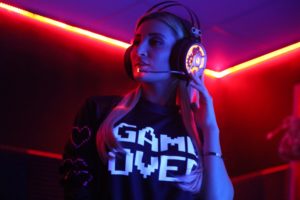 In his free time, Mac is a member of the Resistance in a galaxy at war. He’ll go into battle for the day, a few hours at least. On other days, the 40-year-old dad is busy with his kids, work, errands and other daily demands.

So when he finds the time, he spends it smoking cannabis and playing video games. In the last few weeks, he’s been hooked on “Star Wars Battlefront II”, an EA Sports game inspired by the Star Wars movie franchise.

The Philadelphia native, who now resides in Burbank, reached for his vape pen.

This day he’s playing as Rey.

“I smoke a little bit before and during the game. It mellows me. It gets me in a [good] mood,” he added.

Ify, 32, from Highland Park, finished setting up his camera to go live on Twitch, a social video streaming app where people watch people play video games. He has been streaming on Twitch for over six years.

“It started as a little thing and it blew up when I started doing more video game content,” he said as he logged into the game.

When he’s not playing video games, he’s also running around after his kid or creating content through his comedy, writing and acting. But gaming, he shared passionately, is something he’s done his entire life.

“It’s something that I thought that I’d always be doing,” he said. “But not that I would be making money from it. Definitely not. My dad didn’t think that either.”

Not All Players Can Use Cannabis and Play

According to Ify, despite the relaxation cannabis offers when combined with gaming, pro gamers aren’t allowed to use cannabis during the events or tournaments. Pro gaming tourneys also like the Electronic Sports Leagues, ESL, follow the same rules and regulations as actual sports by the World Doping Agency. Cannabis is listed on the organization’s list of banned substances. Although, scientifically speaking, cannabis hasn’t been pegged as a performance-enhancing drug, gaming officials think it is, making cannabis and gaming a touchy and controversial topic (1).

According to WDP’s guidelines for ESL, saliva tests are administered to ensure the participants are not under the influence of cannabis during events/competitions. Another gaming organization, Major League Gaming, also prohibits cannabis use.

Shop featured products and staff picks. Get it delivered today or tomorrow. Order Online or Text (925) 351-5997.

Ify said he thinks that some people perceive cannabis as “performance-enhancing.” But as the Esports and professional gaming scene continues to ramp up and more funding for cannabis research underway, the question Ify is most curious about is, “If cannabis has so many benefits does it automatically violate performance-enhancing policies?”

According to researchers, “cannabis is portrayed as a substance with detrimental effects on performance.” However, scientists have also suggested, documents show, that cannabis does reduce anxiety, which in turn could help alleviate stress and pressure during competition. 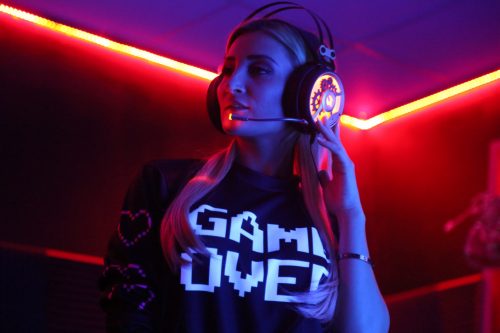 Cannabis, Mac explained, for him when he uses cannabis while playing his favorite games, enhances his sensations, imagination, memory and perception of time. Ify also shared the same opinion.

While Mac is more of the cannabis type, Ify shared that there are times after playing for hours upon hours at a time, he sometimes opts for an alternative to cannabis —CBD.

CBD, a cannabidiol, is made by extracting the CBD from the cannabis plant. People have flocked to CBD because it’s not psychoactive. Without the mind-altering effects of marijuana or pharmaceutical drugs, CBD offers relief, is perceived as a natural remedy used to alleviate a number of ailments — pain, reduce anxiety and depression, alleviate cancer-related symptoms, benefit heart health and acne (2). Ify said he sometimes uses CBD to alleviate cramping and minor aches and pains after hours of playing.

Gaming and cannabis go together like peanut butter and jelly, rice and beans, fish and chips — well you get the picture. The long time companions have been known, by its users, to create a euphoric experience depending on the type of cannabis strains and the way it is consumed.

So what type of cannabis are gamers smoking? It depends.

There are a variety of cannabis options that include — indicas, salivas or hybrids in the form of flowers, pre-rolls, cartridges, tinctures, edibles and more.

Depending on his mood, Ify said he prefers using Sativa during a marathon gaming session. But when he’s just relaxing, he prefers an Indica.

Smoking an indica may or may not put the player to sleep if used in gaming and great to relieve stress —the chill late-night gaming with couch-lock and munchies.

Mac said he prefers an indica at night, but Sativa during daytime gaming. Sativa is more of a cerebral head high, although euphoric, it is less sleep-inducing and more energizing than an indica. 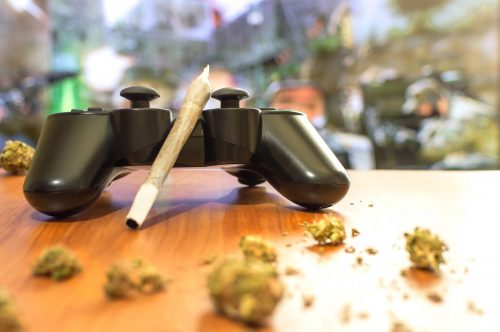 The Philadelphia native, who now resides in Burbank, reached for his vape pen.

This day he’s playing as Rey.

“I smoke a little bit before and during the game. It mellows me. It gets me in a [good] mood,” he added. 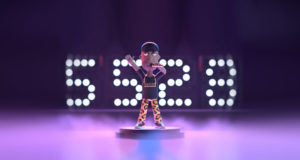 Spottie Wifi — Changing The Trajectories Of Hip Hop And The Blockchain

Spottie Wifi made music industry history by changing how musical artists release music and move into the blockchain. It's 4/20 in the Metaverse! Spottie Wifi and Gold-Rilla are making history again. 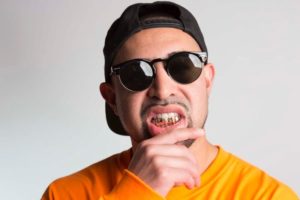 ‘Weed Opens Up Dimensions of My Own Creative Mind'

Los Angeles’ DJ Inferno discusses the highs and lows of his career, how weed helps in the studio and how he plans on spending 2022. 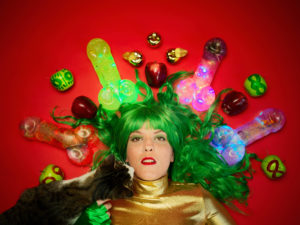 Clutching the phallic penis to her chest, Artie Terra, a resin artist from Los Angeles, candidly explained the inspiration behind the unique and custom handmade pieces of racy tongue-in-cheek penis-themed art.